Suddenly it is September, the month of sunsets and headtorches on the Wednesday evening club runs. Officially it’s the start of Autumn, but it has felt like summer for most of the month, both with the fine weather and the number of visitors enjoying the Isle of Purbeck. It has made for some wonderful evening runs on the Downs and coast paths, so let’s start with some of excellent photos that members have taken… 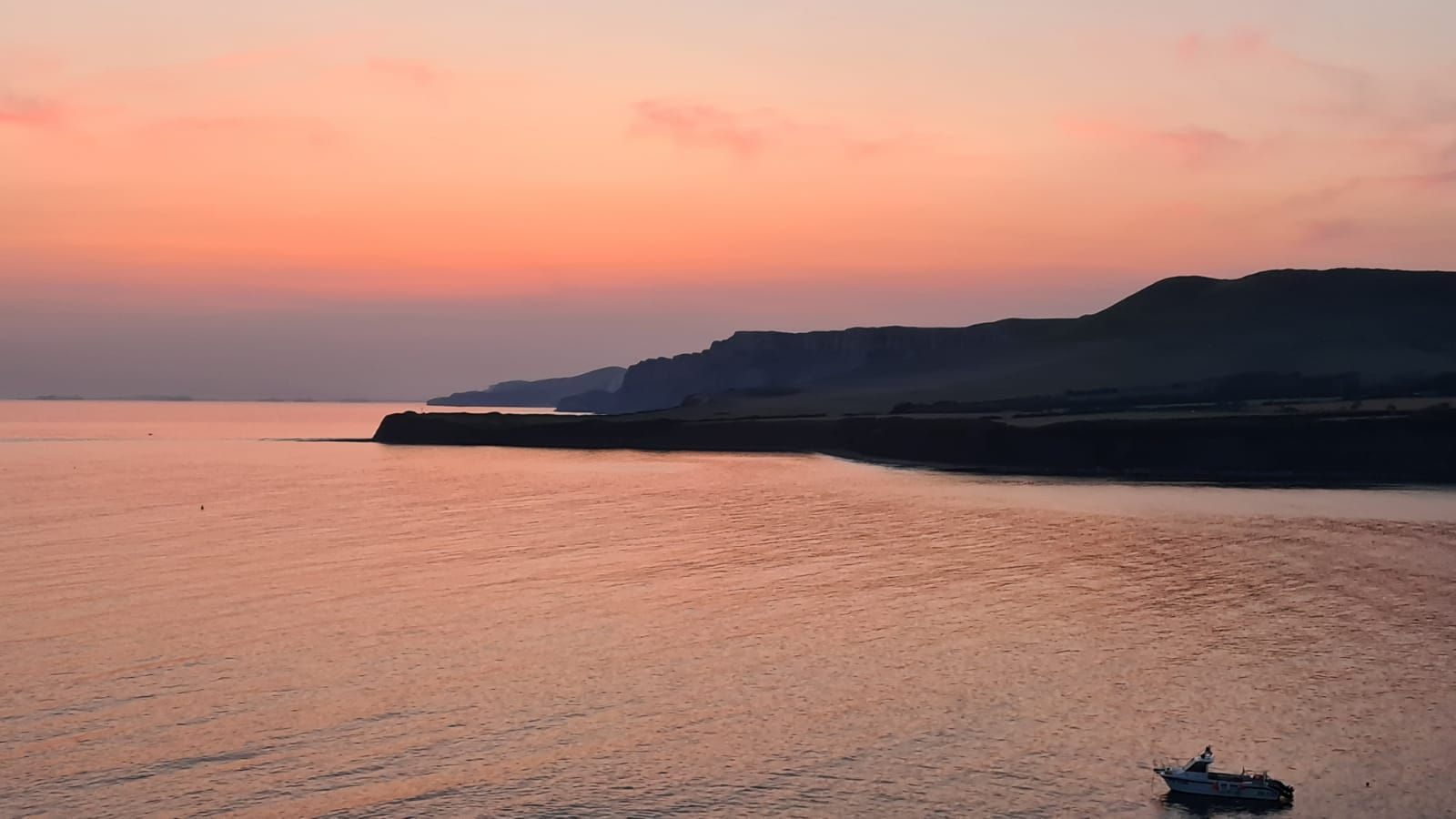 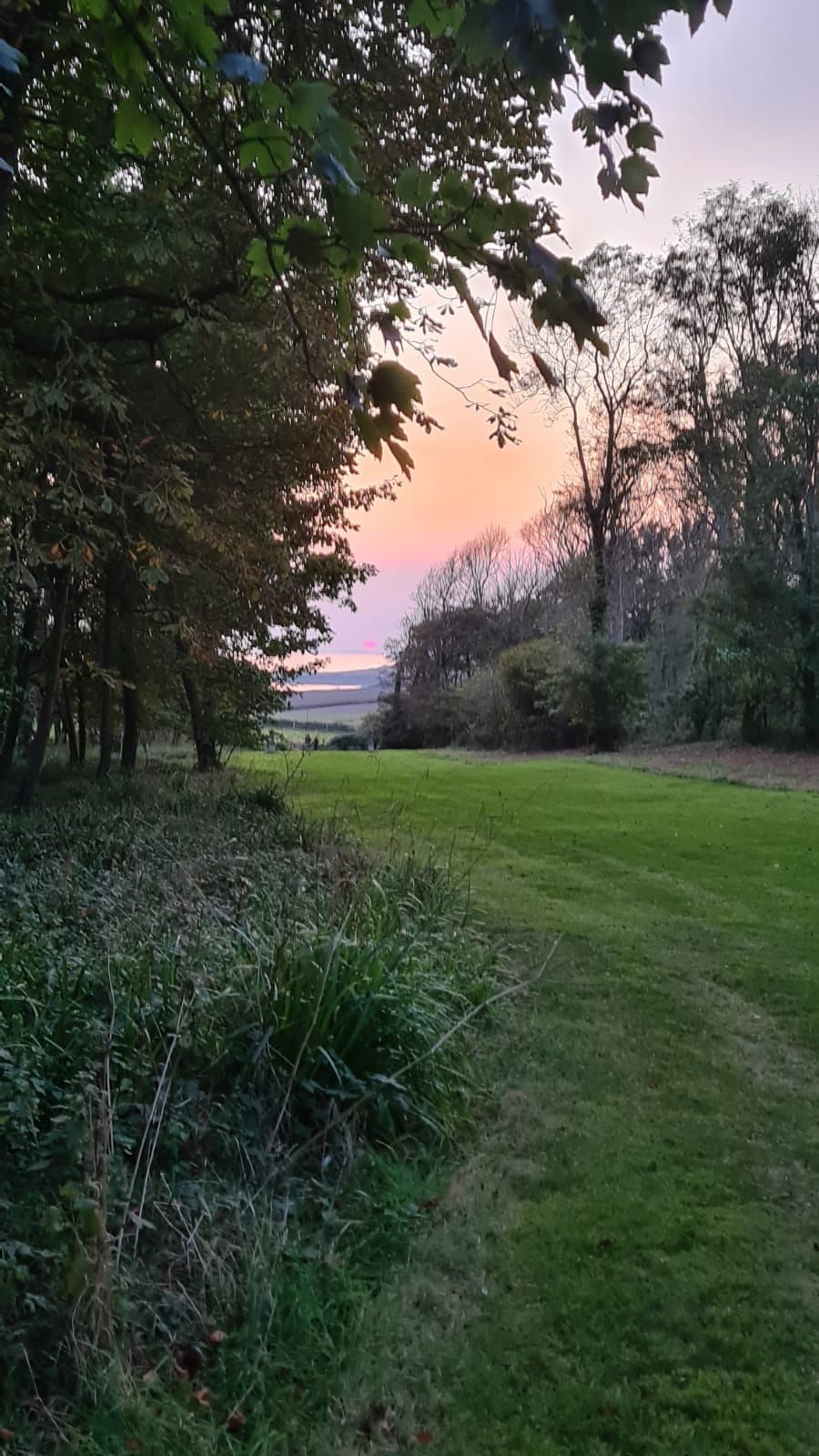 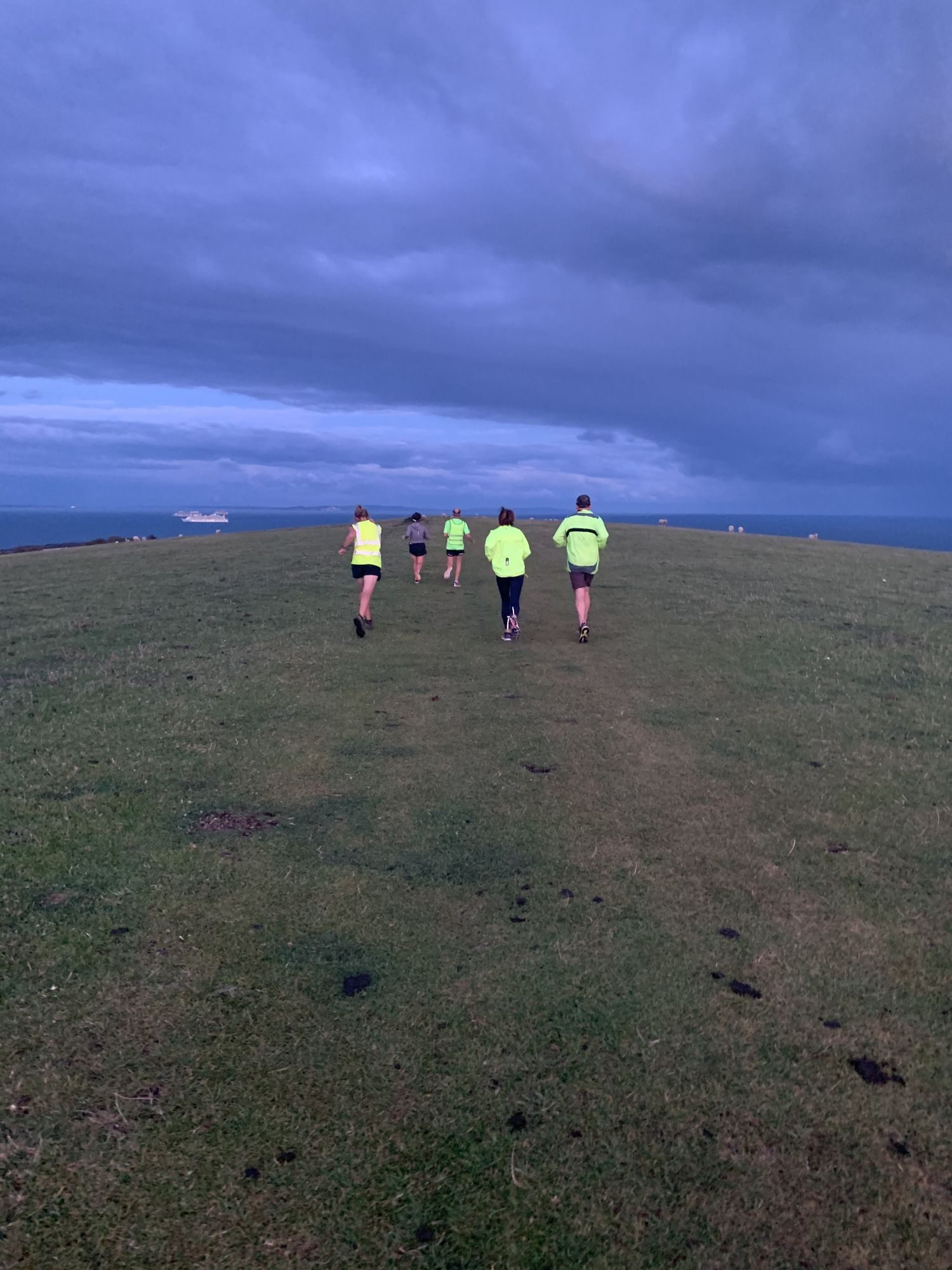 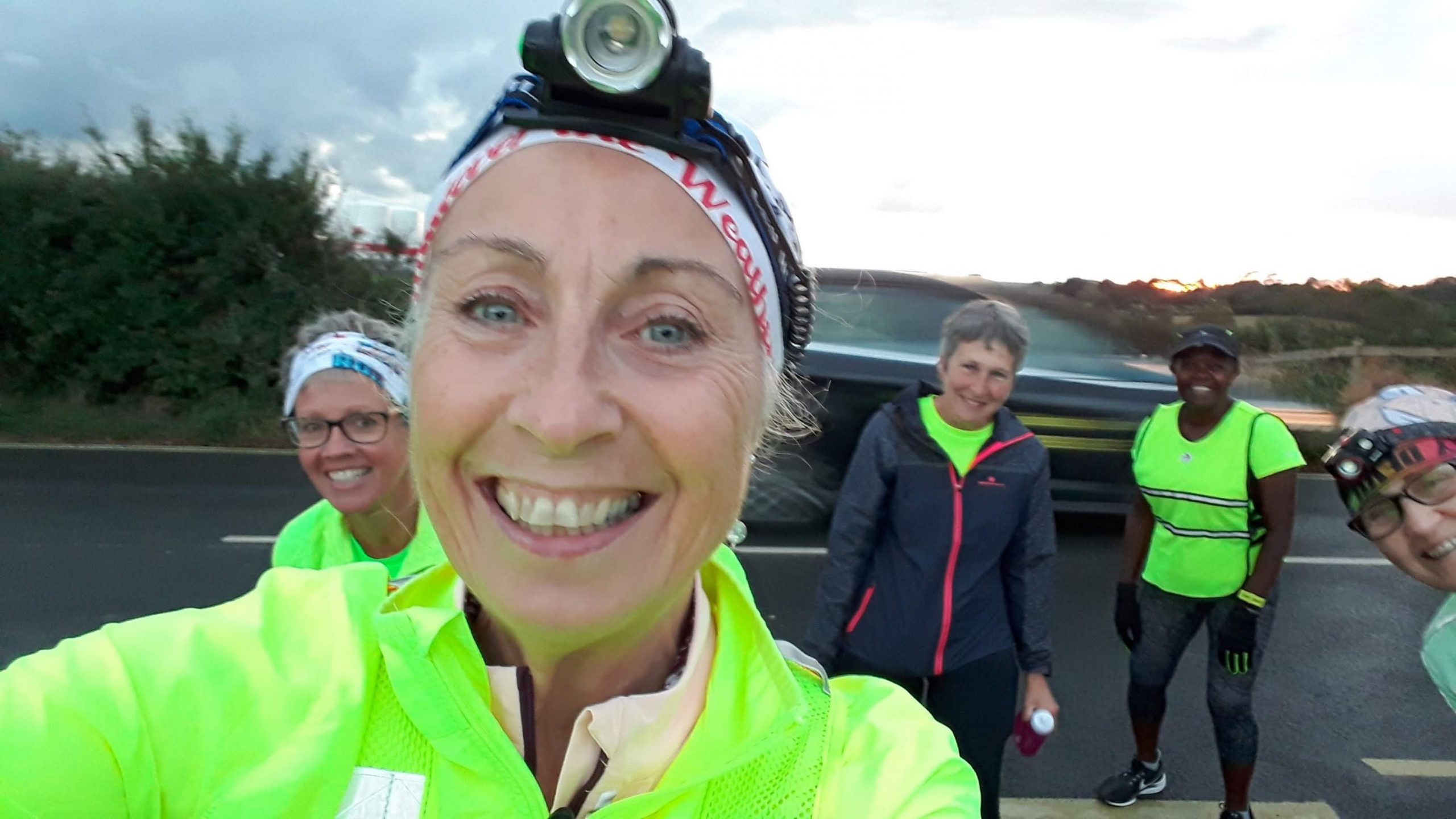 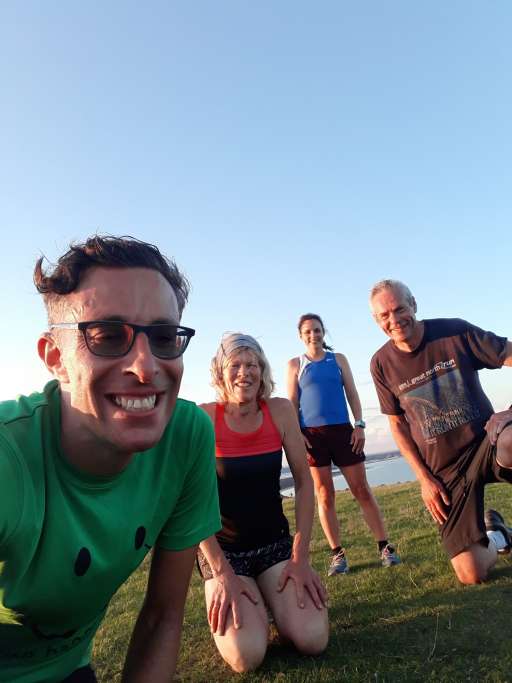 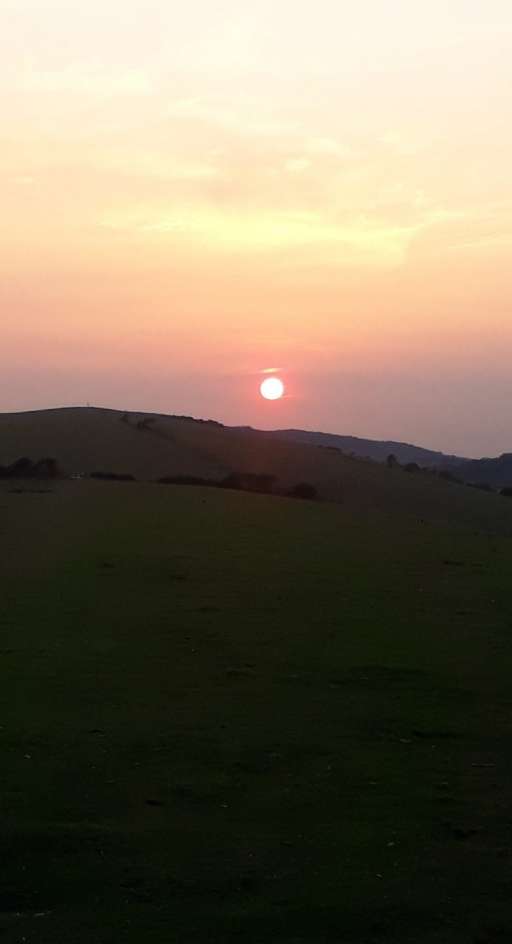 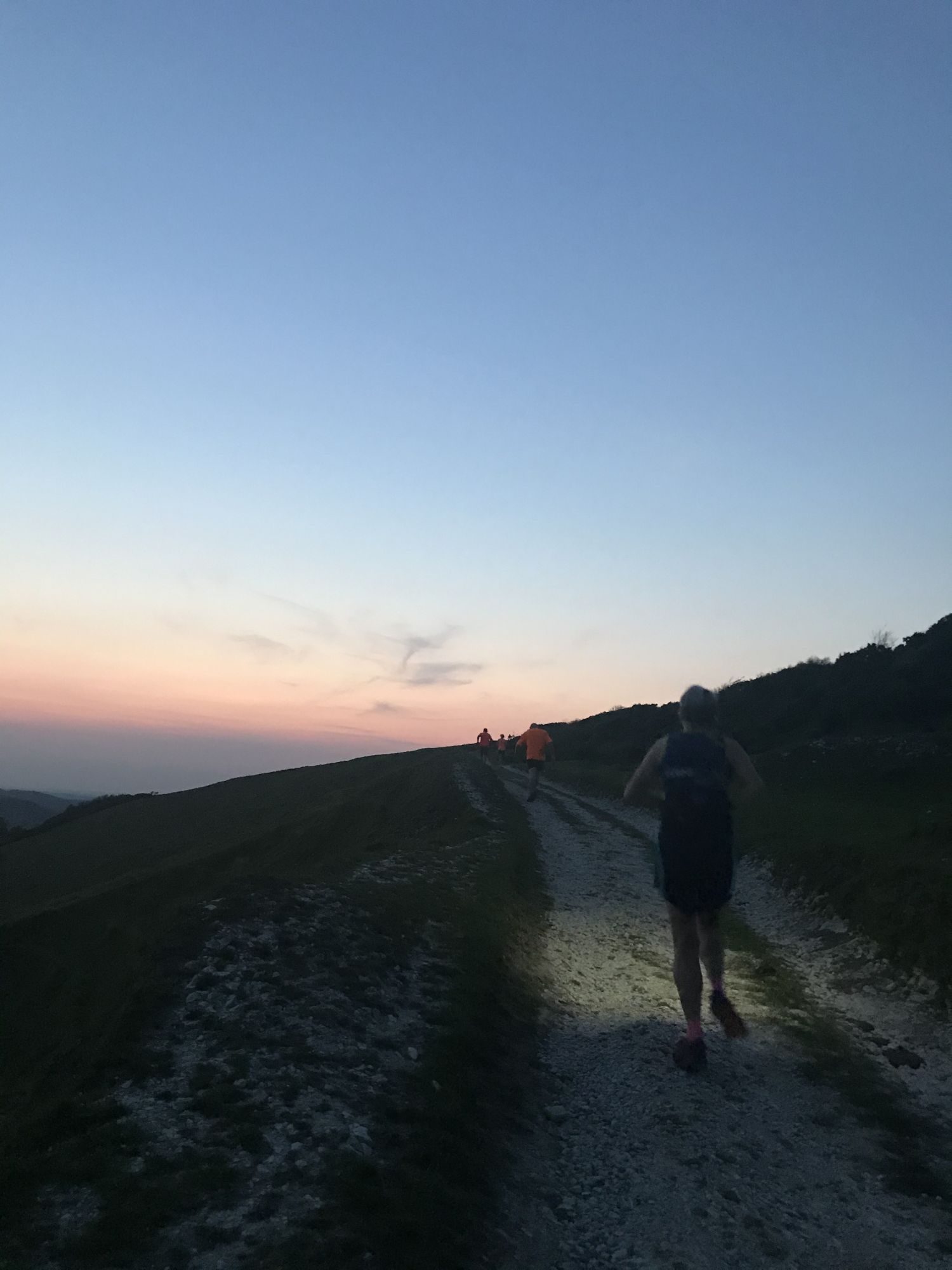 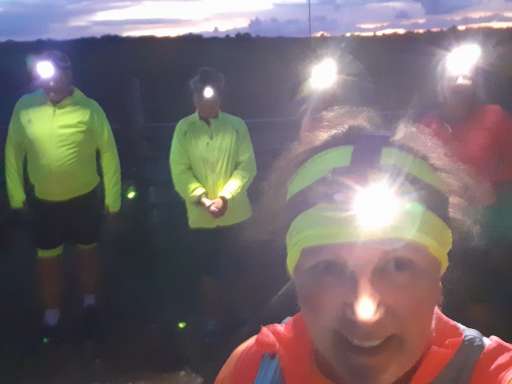 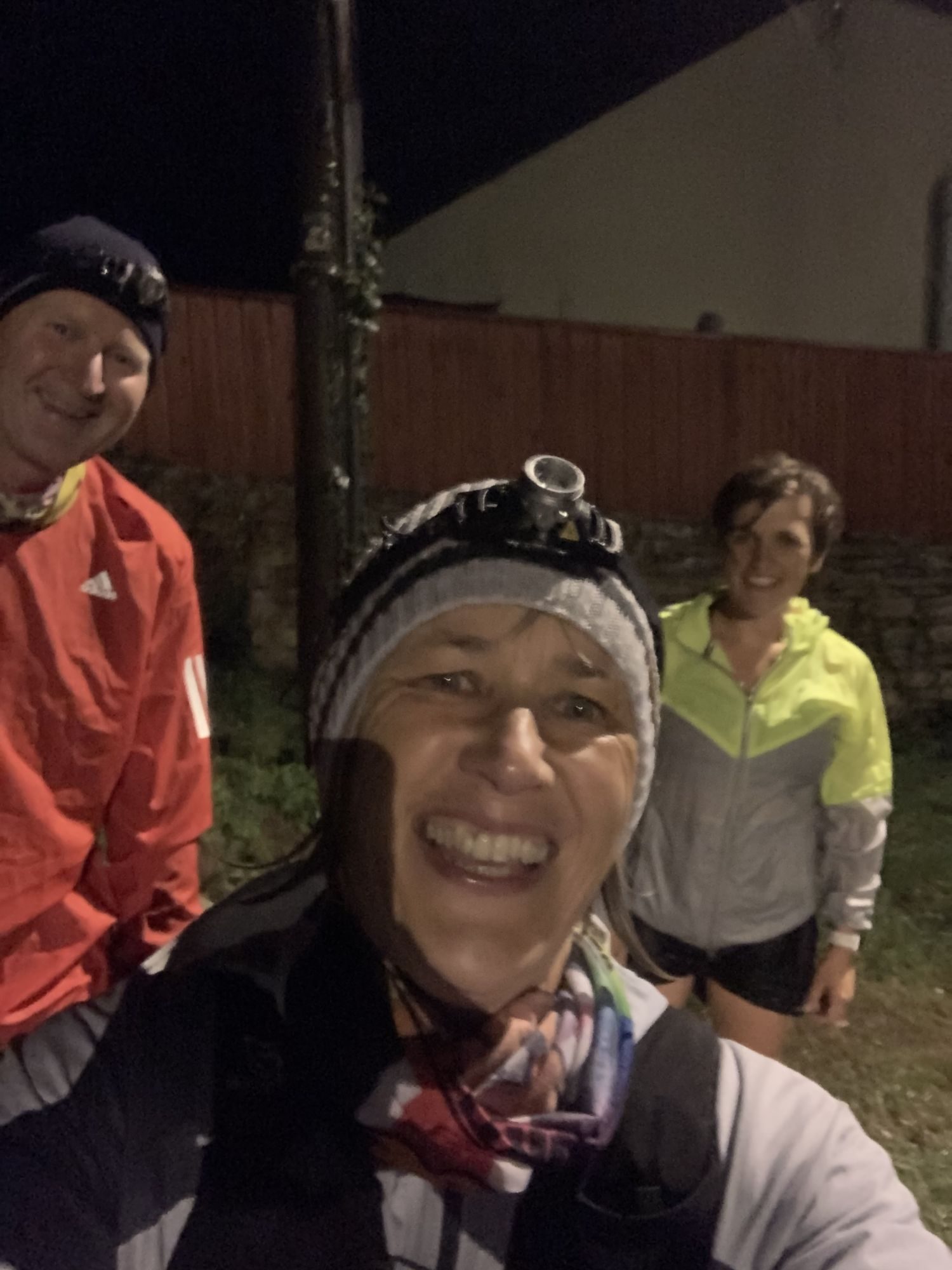 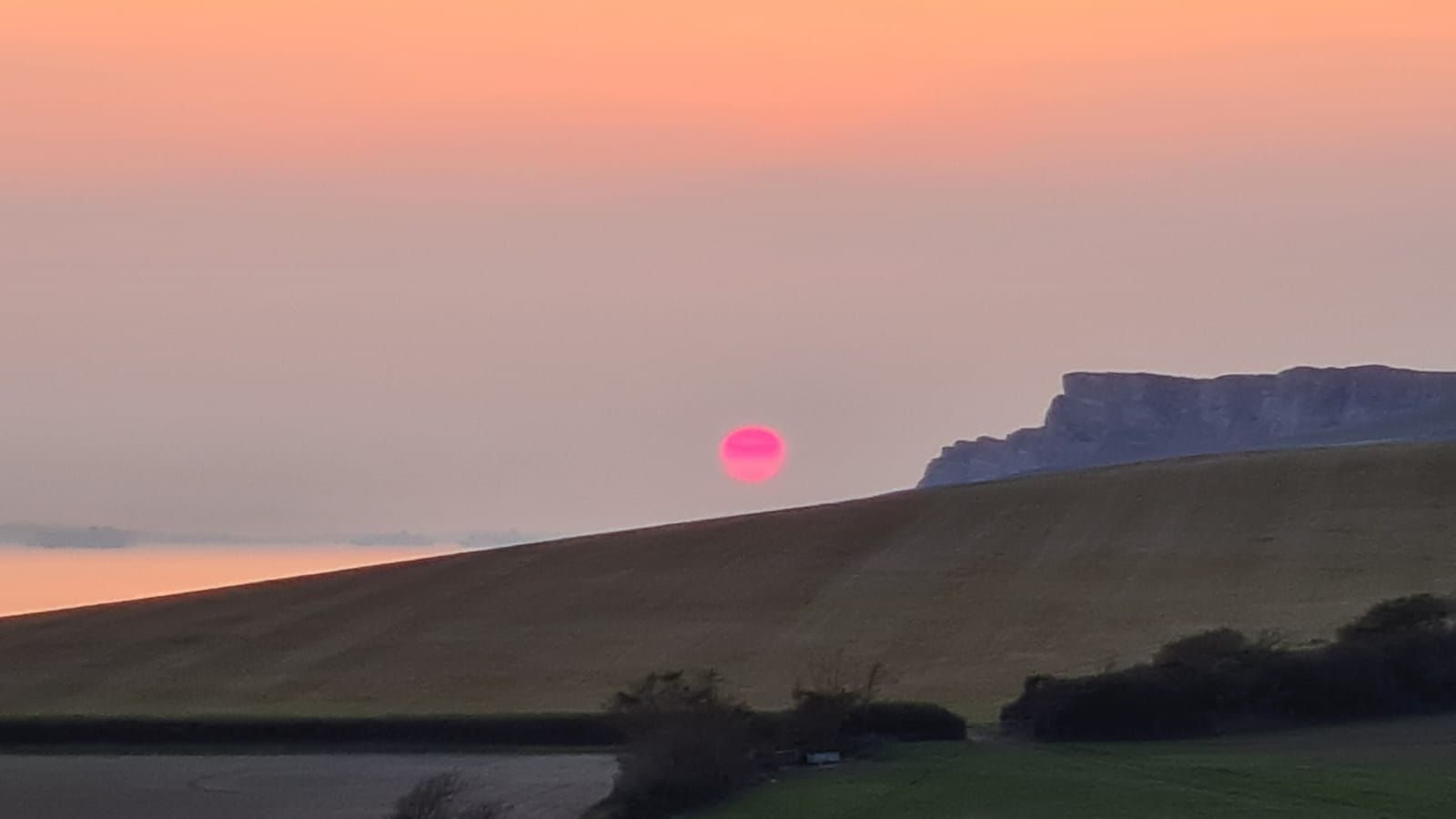 The club runs and training sessions have gone from strength to strength with more members joining in and new members joining the club. The Purbeck Runners mission is very much about encouraging good physical and mental health for all through exercise which has been particularly important during the pandemic, so it has been great to see more people getting involved.

Racing has still been very limited, although a small number of events have gone ahead where they have been able to the meet the understandably tight control measures to keep everyone safe. These have tended to be run like time trials, with runners set off at intervals and using chip timing to work out the race positions. For the Purbeck Runners activity was focused on the weekend of 19th and 20th with members taking part in two major races.

The first of these saw Jenny White and Rose Clarke taking on the unique Race the Tide Marathon at Mothecombe on the South Devon Coast. This incredibly challenging race is held on the wonderful Flete Estate and South West Coast Path, but there is little time to admire the scenery if you don’t want to get cut off! As the title implies the race quite literally involves sea crossings which are only possible at low tide, all of this being much more difficult with the extra precautions as Rose explained: “We had a lovely day. It's an incredibly tough race and COVID restrictions meant an early afternoon start and it was run backwards and to a slightly different route where we were straight into the very fast flowing water and then onto the coast path. Running around Burgh Island was a particular highlight.” Their epic race saw the pair stop to help another runner who had injured themselves by hitting their head on a low branch. Unfortunately later in the race Rose became unwell, but still managed to complete 18 miles of the gruelling course. Jenny pushed on with the cut off looming and as Rose explained this was hastened by the fact that a staggered start with slower runners starting last would give them less time to make the cut off.  “However, Jenny is not one to be told she can't do something so absolutely flew the last 5 miles, overtaking constantly as she went and finishing brilliantly!” An epic performance by both of them! 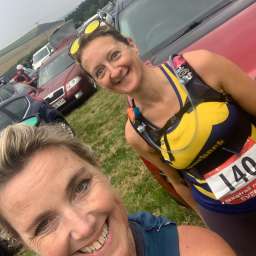 Meanwhile in Dorset three members of the Purbeck Runners were in action at the New Forest Marathon weekend which is set in the beautiful St Giles Estate. There were races from 5k to full marathon held on multi terrain courses around the estate and all with the wonderful tree lined finishing straight in front of St Giles House. The trio had a great weekend. Speed king Ross Wayne put in an excellent performance in the 5k, new member Chris Miller flew around the 10k to take an age category win and long distance specialist Nigel Haywood stormed through to an age category win in the marathon! Fantastic running! 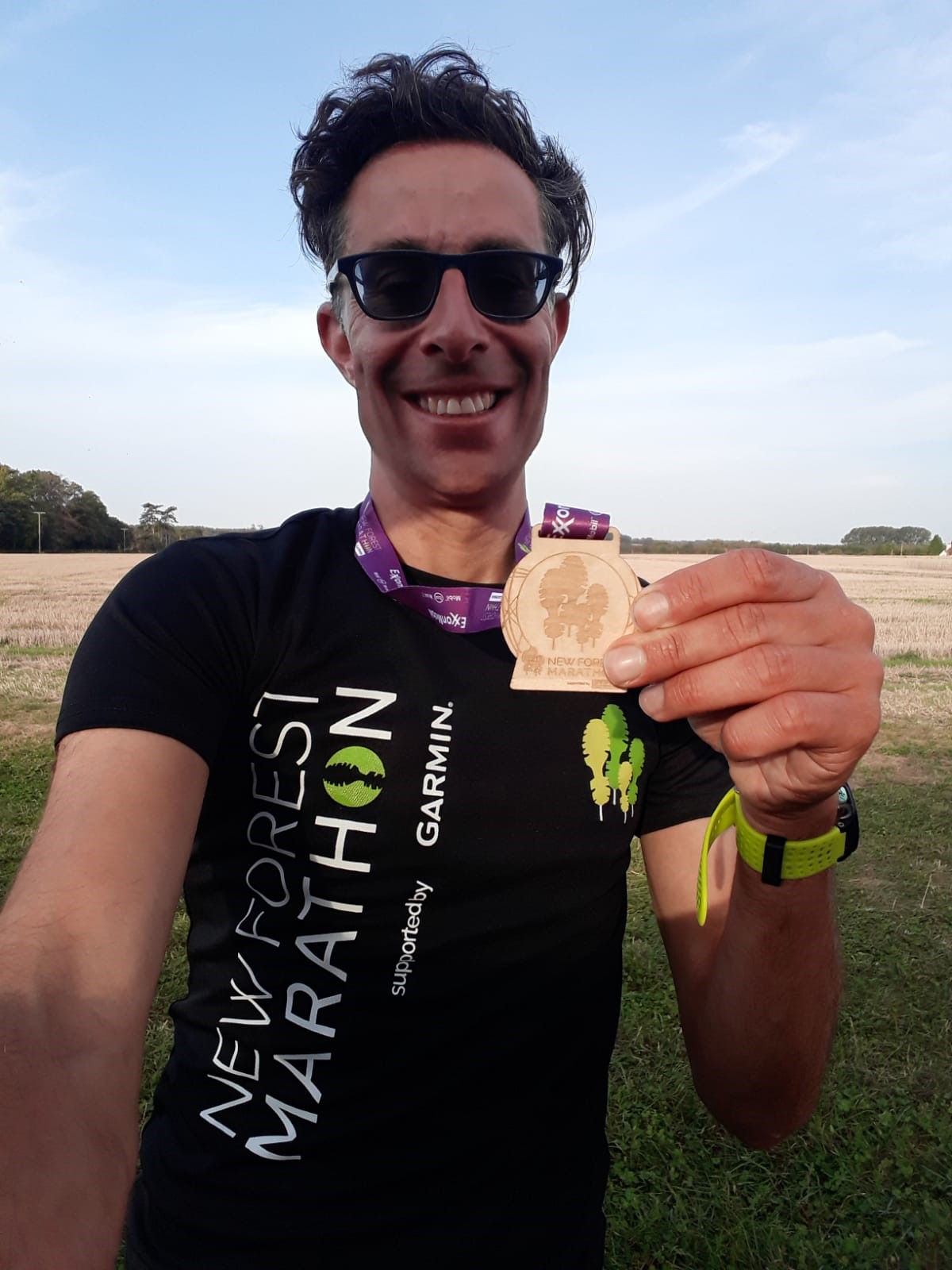 Unfortunately, as the month progressed the situation with COVID-19 has worsened and the club has had to be particularly careful to ensure that all our activities are safe and compliant with all the rules. Under the tighter restrictions that the Government brought in, running clubs such as the Purbeck Runners who are affiliated to England Athletics are still permitted to hold runs and training with groups larger than six if it is in a COVID Secure Environment. The club has very carefully risk assessed all that we do and put in place all the procedures to maintain a COVID Secure Environment. While we are permitted an unlimited number within a group, we have taken the decision to limit it to a maximum of ten for runs out of town and in the countryside and a maximum of six where we have to run through the town where there are likely to be more members of the public so that it is easier to maintain good social distancing. Our runs are also held at times when it is quieter (Wednesday evenings and Saturday and Sunday early mornings). Maintaining our runs and training sessions has been important for good health and encouraged by Government. However, we are very conscious of our local community which is why we have done our utmost to conduct our activities in a responsible and safe way and to share publicly what we are doing through these news blogs on our website. We hope that non-members reading these will find them interesting and if you are a runner and are tempted to join the club then please do get in touch and come along to give us a try.

Last month we heard that Sarah Colquhoun had completed her virtual York to London Run and was setting off to run the distance from London to her home on the Isle of Purbeck. Well I am delight to say that Sarah is home! Sarah’s virtual run, which has taken her from Dorset to York and London and back home again, has been truly epic and it has been wonderfully inspiring to follow her progress during these difficult months. Below is Sarah at the end of her run with her York to London medal and T shirt. 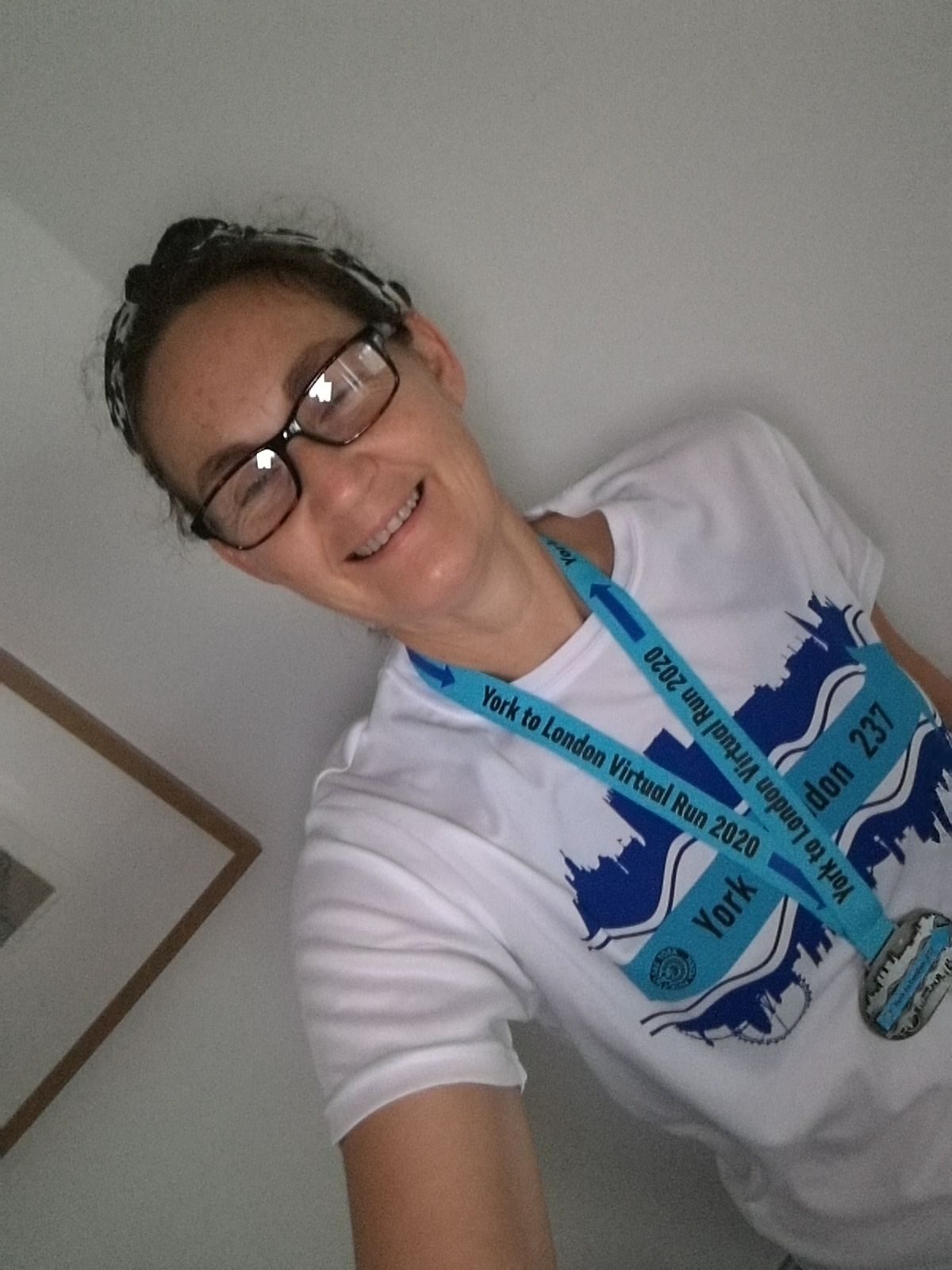 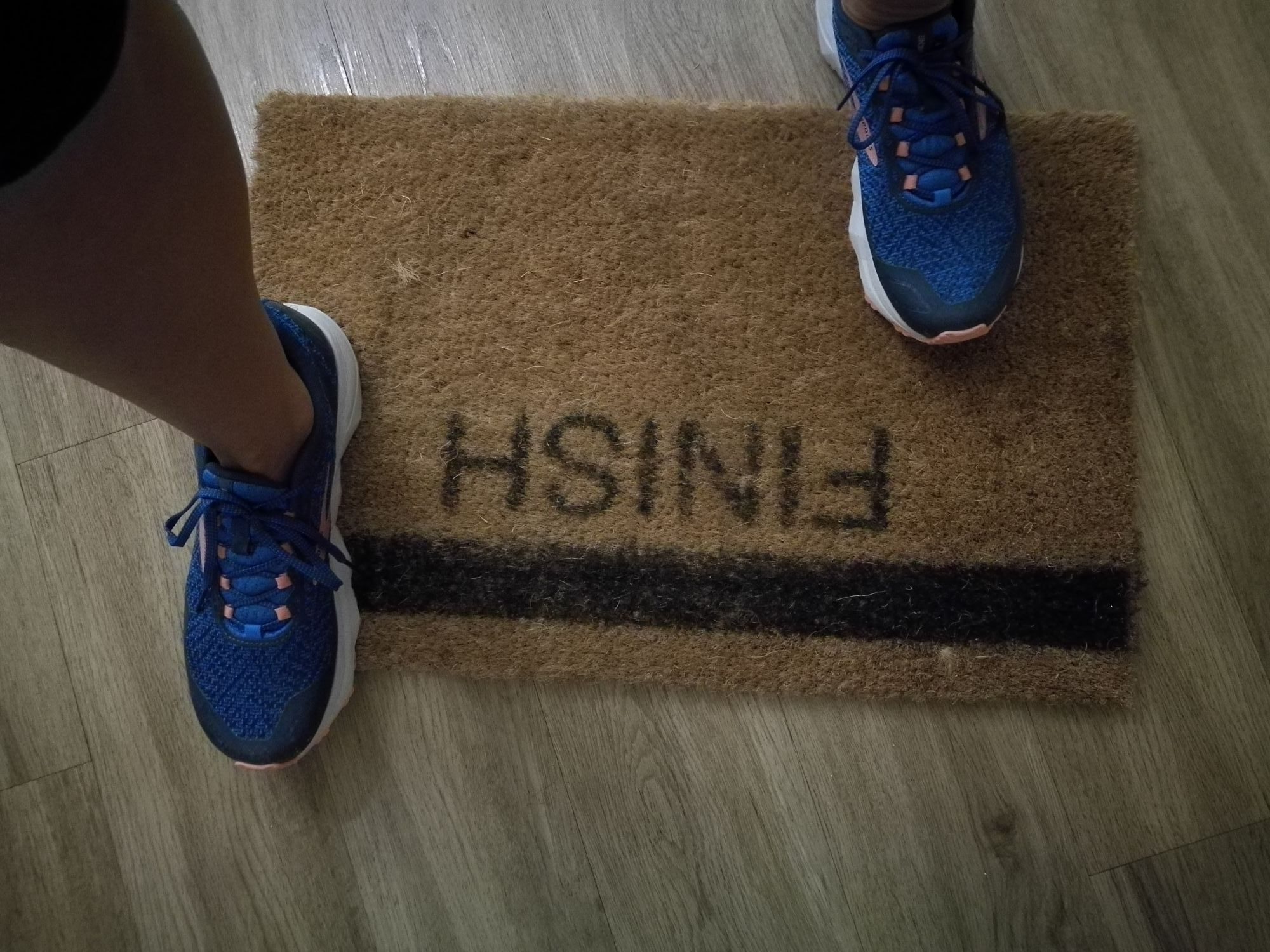 Sarah’s final photograph says “finish” but in fact it was not really the finish. Sarah had the Purbeck Runners place in the London Marathon this year and has teamed up with another Purbeck Runner Joy Norman, who also secured a place, to run the virtual London Marathon in the first weekend of October. So while Eliud Kipchoge and Kenenisa Kosgei  are running laps in St James Park, Sarah and Joy will be taking on 26.2 miles of glorious Purbeck countryside and a fair few hills! Sarah is tin raising for the Swanage Foodbank and Joy is fund raising for the Alzheimer’s Society. We wish them all the best for a great marathon and I will report on how they did in next month’s blog. I will leave you with their running numbers all ready to go…

Enjoy you running and stay safe. 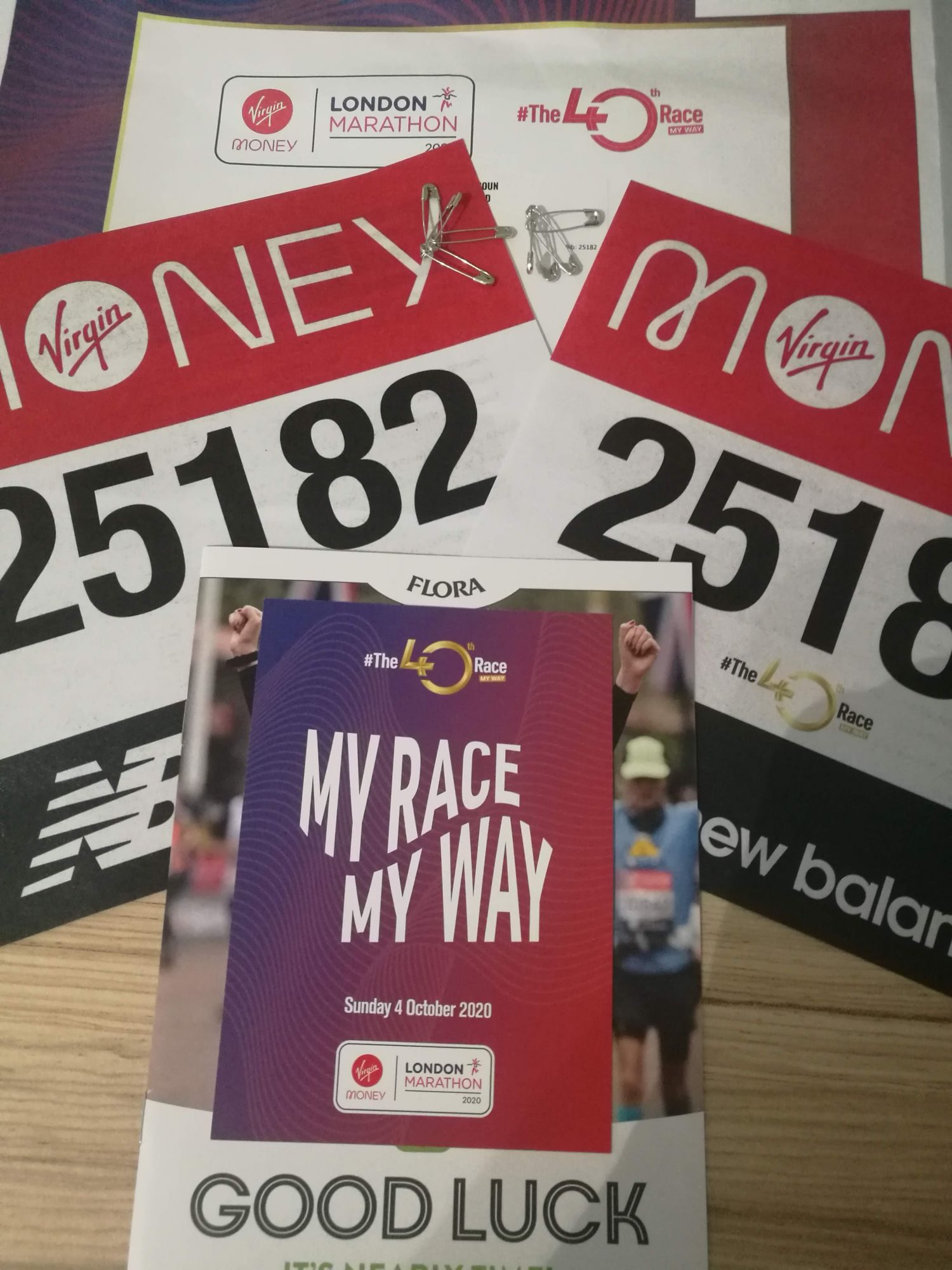 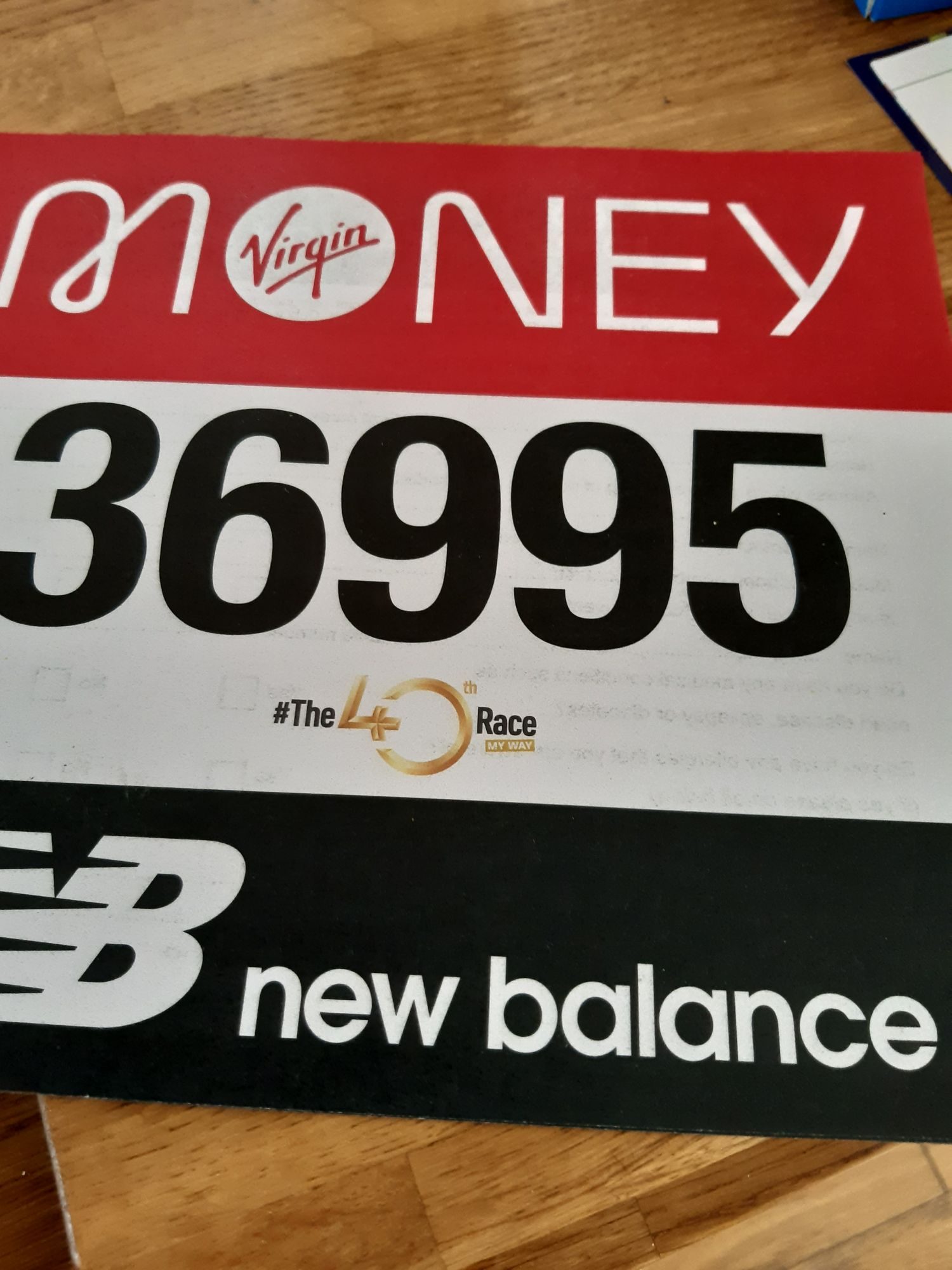